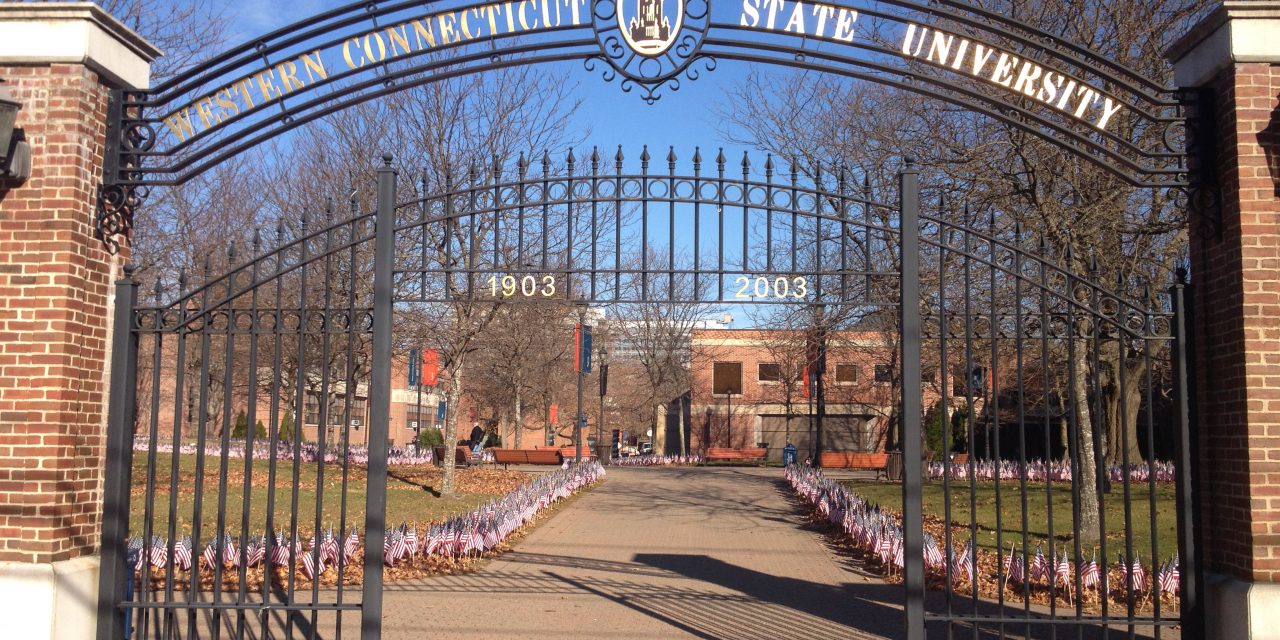 Western Connecticut State University (WCSU) serves as an accessible, responsive and creative intellectual resource for the people and institutions of Connecticut, providing higher education to over 6,000 students in Danbury, CT.

The State Government’s Lead by Example program had asked State buildings to reduce energy costs by 10% in 2013 and an additional 10% in 2018. Embracing the initiative, WCSU has committed to increasing efficiency and has met or exceeded state goals since 2011. 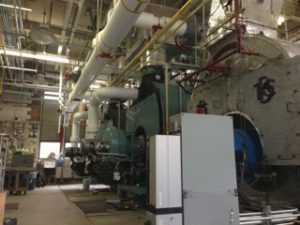 Inside the central heating plant

In 2012, WCSU contracted engineering firm Fuss & O’Neill for HVAC and boiler upgrades to the campus central heating plant. Luigi Marcone, WCSU’s Director of Facilities Operations and Environmental Health and Safety Programs, recognized that this would be the best time to insulate the plant, which had been suffering from over-heating due to a lack of insulation on the steam components. 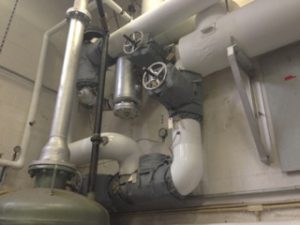 First, a heat loss analysis was performed. Technicians analyzed and took measurements, pressure readings, and temperatures on all components to determine the room’s optimal insulation requirements. Insulation work ran concurrent to demolition and asbestos abatement. Most of the steam system piping components were located near the ceiling, approximately 20 feet high, and some components had limited accessibility. The insulation team was challenged, yet experienced in such issues. Thermaxx, LLC provided removable insulation for the components and fiberglass insulation for the associated piping. 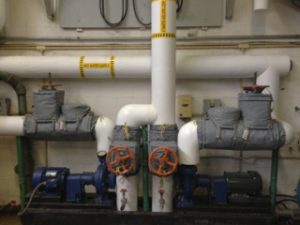 The impact on addressing lack of insulation on the steam components was very apparent. WCSU staff remarked that they now had to wear coats inside the plant in the wintertime, whereas they would sweat without coats prior to the project.

Safety: The project also improved safety for the staff, as hot valve bodies were no longer exposed, and valves could be serviced without risk of exposure to hot surfaces.

Energy: Annual energy savings from removable insulation is projected to be 22,447 therms.

For more information on this project, please contact us